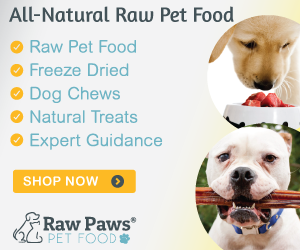 The Truths, Myths and Everything In-Between

There is oftentimes quite a heated debate that often rages online and off among dog lovers regarding what exactly is the best type of food to feed your dog, with one school of thought leaning strongly towards feeding them raw dog food.

The reason for the debate is quite understandable. On the one hand dog owners and lovers wonder and want to know if a raw diet for dogs is safe or OK or even better or preferable to other types.

While on the other hand there are those who think and feel that given the fact that dogs have become so domesticated, and are often considered a part of the family, that they should perhaps be given food that we (the rest of the family eats.)

“There are some dogs which, when you meet them, remind you that, despite thousands of years of man-made evolution, every dog is still only two meals away from being a wolf.”

And in reality that is quite true! The domestic dog – Canis lupus familiaris and the grey wolf

So, despite your best friend’s tameness and often cuddly appearance, deep down the genes are still there. This means that it is very important to consider what their ancestor’s natural diet would have been when considering what to feed them.

However, while wild wolves are almost certainly mainly carnivores, eating a very small amount of vegetable matter indeed, anyone who owns a dog will have noticed their preference for variety. Having evolved alongside us for centuries, many of the small genetic differences between dogs and their wild ancestors has correlated with their digestive processes and abilities. Most importantly, dogs have developed numerous genes involved in starch metabolism.

There is a lot of heated disagreement on the subject of what a ‘natural’ or raw diet for dogs should be! And not surprising when considering the deeply emotional bond we have with these creatures, which become much more like children or family members than pets. There are two extreme camps of thought:

Camp 1 argues that looking at the structure of the teeth and the way in which dogs chew is definitely that of a carnivore, and it is. However, looking at the digestive tract, which is longer than an obligate carnivore, yet much shorter of than that of an herbivore, would suggest that their preference would be for meat, but that they are also able to supplement their diet with plant matter.

It is in fact the amount of vegetable and grain matter, if any, that dogs should be fed which stirs the greatest debate.

There is no doubt that many dogs are fed pure raw meat diets and do very well and are generally healthy. However, there are also many dogs which suffer kidney and liver problems when their diet is too high in protein. Just as with humans, every dog seems to be different in this regard! 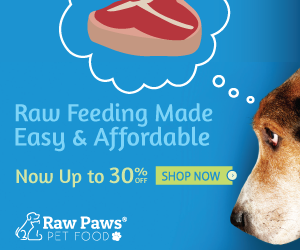 So what is the most natural dog food you can feed your fur baby?

The largest and most thorough study performed was published in the journal Nature in 2013, where researchers looked more closely at the difference in genetics between dogs and their wild wolf counterparts; in a study which was conducted by a group of evolutionary geneticists from Uppsala University in Sweden. The largest genetic differences where in brain development, and starch digestion.

This explains why dogs have evolved to be more friendly than their wild cousins; and also why, as human agriculture expanded and the nature of our diets changed to a largely starch-based one; that dogs followed suit, as they would have survived mostly from our table scraps

The first genetic steps which dogs took include the development of the digestive enzyme amylase, which is found not only in their stomachs, but also in their saliva. Amylase is the same starch-digesting enzyme present in humans.

But this is not the only genetic change required to properly digest starch and sugars, there are also secondary requirements such as the development of enzyme maltase-glucoamylase; as well as a protein dubbed SGLT1, which is involved in transporting glucose from the gut into the bloodstream where it can be delivered to the cells and used as fuel.

Dogs have a 28 fold increase of this gene expression compared to wolves, as well as 4 times the relevant enzyme activity in their blood. One point to consider however, is that the presence of a gene alone does not tell you how active it is, or to what extent it is ‘expressed’.

This may be highly dependent on what the dog is actually eating – a high-carbohydrate diet may turn these genes on, whereas a high protein diet could just as easily suppress the expression of these genes. This is where individual genetic makeup becomes so important, and why one dog – despite having the same basic genetic makeup as your neighbor's dog; may thrive on a significantly different diet!

Another thing to consider is what dogs are naturally programmed to find tasty! After all, taste buds evolved to let an animal know if something they were eating was potentially bad for them, or if it represented digestible food. Dogs have an average of 1700 tastebuds, while we have about 9000 (so at least we have one sense which is better than theirs!)

Importantly, dogs have taste receptors for sweetness – unlike cats which are complete carnivores. This ability to detect sugar again acts as evidence for the idea that dogs are adapted to seek out starches as a food source.

Balancing the weight of the evidence, it seems to be that the most natural food for a dog is a balance between good protein, and also a source of carbohydrate. You will quickly find with most dogs that they will respond better to one or the other, as each individual, just like us, is slightly different.

The biggest indication will be their weight. If a dog is inclined to put on weight and become lethargic, it may mean that they would do better on a higher protein diet – but you also need to be very careful that their kidneys are not over-taxed by too much protein. Signs that their kidneys are beginning to struggle can include:

All of these signs can indicate the onset of kidney failure, and you need to take your dog to a veterinarian if they persist for more than a day or so. Urine analysis and blood tests if necessary will be helpful in catching the onset quickly. Older dogs are especially vulnerable, and it is advised to begin reducing the amount of protein in their food after the age of 7 (in human years!).ome dog breeds such as Cocker Spaniels, German Shepherds and bull terriers are known to be prone to kidney troubles. Feeding tinned food rather than dry food can also help provide enough moisture along with protein to help flush out the urea caused by protein breakdown.

Another thing which can put pressure on the kidneys, and potentially promote the growth of cancers, is unnatural additives such as colourants, artificial flavours and preservatives; so a dog food made from as natural ingredients as possible is advisable too.

And while your pooch may love and thrive on meat, remember that if they were eating this in the wild, they would also have the bones to chew on to help keep their teeth clean – so if feeding only wet food or lots of meat, make sure that your dog at least has chews or rawhide bones to gnaw at too.

The safest way of all to make sure that your dog is getting the nutrition they need is to provide a range of different foods, made with natural ingredients. This could be accomplished by feeding a dry food which contains some natural plant ingredients, supplemented with wet food or meat for good high-quality protein.

Many doggies will tell you what they like as well – many people have stories of the veggies that their pooches like too! If you were a dog, wouldn’t you also want a wide variety of options?

In closing, we'd like to hear your thoughts on this subject. Are you one of those who give their dogs raw dog food? Perhaps you have a treasure trove of a recipe book that contains a ton of raw dog food recipes? If so, do please share these goodies with the rest of the dog loving world.

This site uses cookies to give you the best growing experience.

You can find out more about which cookies we are using or switch them off in settings.

This website uses cookies so that we can provide you with the best user experience possible. Cookie information is stored in your browser and performs functions such as recognising you when you return to our website and helping our team to understand which sections of the website you find most interesting and useful.

Strictly Necessary Cookie should be enabled at all times so that we can save your preferences for cookie settings.

If you disable this cookie, we will not be able to save your preferences. This means that every time you visit this website you will need to enable or disable cookies again.